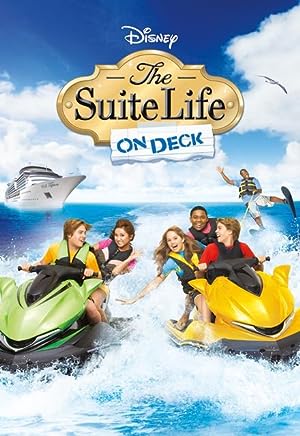 How to Watch The Suite Life on Deck Online in Australia

What is The Suite Life on Deck about?

This is the spin-off of the hit Disney Channel Original Series, "The Suite Life of Zack and Cody." The series follows twin brothers Zack and Cody Martin, London Tipton, and Mr. Moseby aboard the luxurious cruise liner, SS Tipton. While on the ship, the kids enroll in a semester-at-sea program, leaving Moseby in charge of the kids on the ship. The ship, owned by London's father, will cruise around the world, with tourists and students attending classes on Deck Eight- the one school that Mr. Tipton believes will make his daughter a better student. While living on the ship, expect Zack and Cody to still have their compass towards mischief.

Where to watch The Suite Life on Deck

The cast of The Suite Life on Deck

More Action movies like The Suite Life on Deck

More action tv shows like The Suite Life on Deck

Watch The Suite Life on Deck