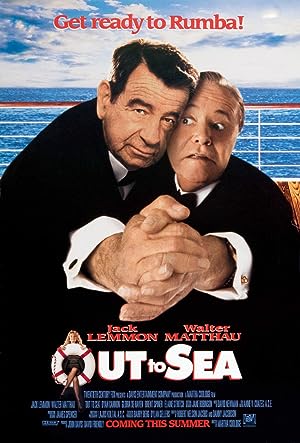 How to Watch Out to Sea 1997 Online in Australia

What is Out to Sea about?

Care-free Charlie cons his widower brother-in-law Herb into an expenses-paid luxury cruise in search of rich, lonely ladies. The catch is that they are required to be dance hosts! With a tyrannical cruise director, and the luscious Liz and lovely Vivian, our heroes have lots of mis-adventures before they finally return to port.

Where to watch Out to Sea

Which streaming providers can you watch Out to Sea on

Here is the comprehensive list of streaming providers that will show Out to Sea in Australia. If Out to Sea will appear with other providers further down the line, this table will be updated.

The cast of Out to Sea

Out to Sea Trailer

Out to Sea is a great Comedy movie, we’ve selected several other movie options that we think you would like to stream if you have watched Out to Sea

Out to Sea is a great comedy show, we’ve selected several other show options that we think you would like to stream if you have watched Out to Sea

Watch Out to Sea