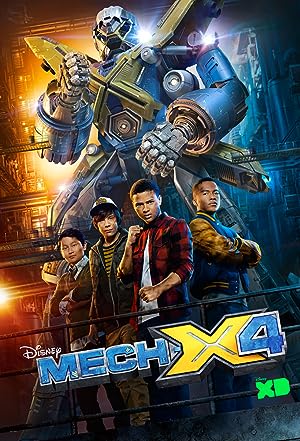 How to Watch Mech-X4 Online in Australia

Ryan Walker mysteriously awakens MECH-X4, a giant robot built to defend Bay City against impending doom. When monsters begin to descend, Ryan recruits his two best friends and his brother to help pilot the robot that is their only hope of saving their town from mass destruction.

Which streaming providers can you watch Mech-X4 on

Here is the comprehensive list of streaming providers that will show Mech-X4 in Australia. If Mech-X4 will appear with other providers further down the line, this table will be updated.

Mech-X4 is a great Action movie, we’ve selected several other movie options that we think you would like to stream if you have watched Mech-X4

Mech-X4 is a great action show, we’ve selected several other show options that we think you would like to stream if you have watched Mech-X4