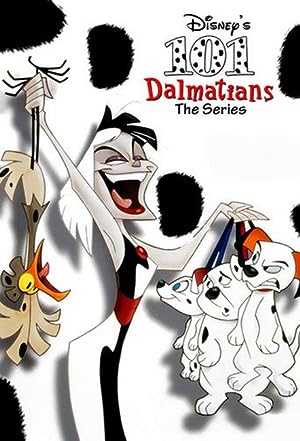 How to Watch 101 Dalmatians: The Series Online in Australia

What is 101 Dalmatians: The Series about?

This show acts as a mix of the Dodie Smith book, 1961 animated movie and 1996 live-action movie. After foiling Cruella DeVil's plot to make a fur coat with the puppies' skins, the Dearly Family (Roger and Anita Dearly, Nanny, Pongo, Perdita, their 15 birth puppies and 84 adopted puppies) move to a new farm home in the country. This show centers on three of Pongo and Perdy's pups, brave Lucky, tubby Rolly and Cadpig the runt. Together with their chicken friend Spot, they defend their new home from Cruella DeVil (Anita's boss and now new neighbor), continually get in and out of trouble, sneak into Grutely, and have all sorts of crazy adventures around the farm. Also along for the fun is Tripod, Patch, Two-Tone, Wizzer, Dipstick, Mooch, and the rest of their barnyard friends.

Where to watch 101 Dalmatians: The Series

Which streaming providers can you watch 101 Dalmatians: The Series on

The cast of 101 Dalmatians: The Series