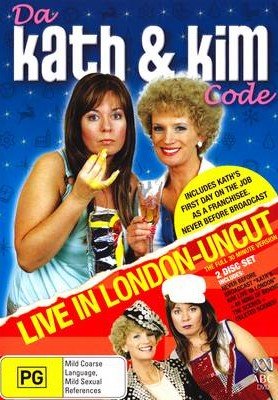 How to Watch Da Kath & Kim Code 2005 Online in Australia

What is Da Kath & Kim Code about?

Da Kath & Kim Code is an homage to Dan Brown's book and later hollywood blockbuster The Davinci Code. The movie opens with Kath and Kel having just returned from a Davinci Code themed vacation. They decided to leave the tour early and owe the last stop 44 pounds. Bret has just recieved a promotion at work where he is spending more time with his new boss. Kim is preparing herself to be a corporate wife and Sharon has resolved to find a partner via the internet. Christmas is in two weeks and a vengeful bed and breakfast owner is after them, let the adventure begin!