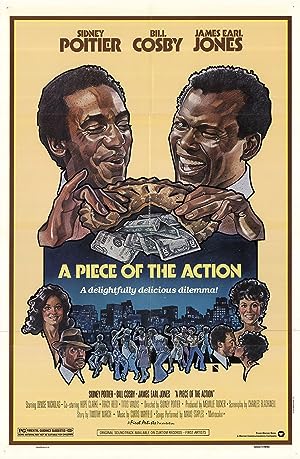 The cast of A Piece of the Action

What is A Piece of the Action about?

Dave Anderson and Manny Durrell are two high-class sneak thieves who have never been caught. Joshua Burke is a retired detective who has enough evidence on the both of them to put them behind bars. Instead, he offers to maintain his silence if the crooks will go straight and do work at a youth center for delinquents. At first, the crooks are reluctant and unwilling (and so are the kids). As time goes by they gain the trust and admiration of the kids and they start to enjoy the job. All goes well until someone out of the past tells them they have to do one last heist...or else...

Where to watch A Piece of the Action

A Piece of the Action Trailer

More Comedy movies like A Piece of the Action

More Comedy tv shows like A Piece of the Action