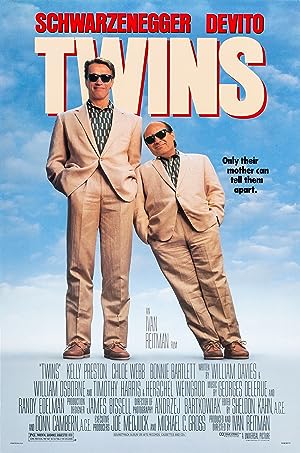 How to Watch Twins 1988 Online in Australia

What is Twins about?

Julius and Vincent Benedict are the results of an experiment that would allow for the perfect child. Julius was planned and grows to athletic proportions. Vincent is an accident and is somewhat smaller in stature. Vincent is placed in an orphanage while Julius is taken to a South Seas island and raised by philosophers. Vincent becomes the ultimate lowlife and is about to be killed by loan sharks when Julius discovers that he has a brother and begins looking for him.

Where to watch Twins

Which streaming providers can you watch Twins on

Here is the comprehensive list of streaming providers that will show Twins in Australia. If Twins will appear with other providers further down the line, this table will be updated.

The cast of Twins

Twins is a great Comedy movie, we’ve selected several other movie options that we think you would like to stream if you have watched Twins

Twins is a great comedy show, we’ve selected several other show options that we think you would like to stream if you have watched Twins