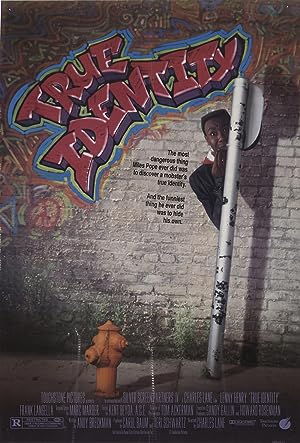 How to Watch True Identity 1991 Online in Australia

The cast of True Identity

What is True Identity about?

True Identity is a comedy about a black actor named Miles Pope who wants to play a part in Othello. After a plane ride home from a failed acting job Miles meets a producer named Leland Carver who slips out his mob identity when the plane is about to crash but after all of that the plane does not crash. Now Miles is the only man who knows the past to this mob man. Miles gets the help of his best friend make-up artist Duane to turn him into a White man. As Miles is packing his stuff to get out of town, the hitman walks in and a struggle is in affect. Miles wins the fight and kills the hitman in an electrical fashion. Now Anthony (Leland Carver's top man) comes in to confirm that Miles is dead. Now Miles is mistaken as the hitman. Now Miles must assume a parade of identity's to get away from the Mob's guns hot on his trail.

Where to watch True Identity