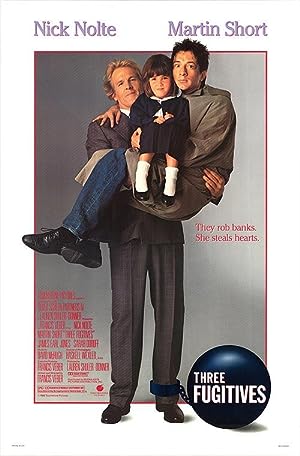 How to Watch Three Fugitives 1989 Online in Australia

The cast of Three Fugitives

What is Three Fugitives about?

On his first day after being released from jail for 14 armed bank robberies, Lucas finds himself caught up in someone else's robbery. Perry has decided to hold up the local bank to raise money so that he can keep his daughter, Meg, and get her the treatment she needs. Dugan, a detective, assumes Lucas helped plan the robbery, and hence Lucas, Perry and Meg become three fugitives.

Where to watch Three Fugitives