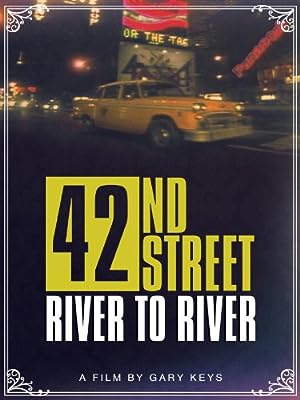 How to Watch 42nd Street: River to River 2009 Online in Australia

Where to watch 42nd Street: River to River

What is 42nd Street: River to River about?

42nd STREET: RIVER TO RIVER is an impressionistic, graphic history of one of the world's most infamous streets: Manhattan's 42nd Street. Likened to a DNA strip of New York City, the street has ranged from the glamorous to the derelict, housing everything from peep shows to such international institutions as the United Nations. The documentary is an exploration of the street's expansion from the farmland where Washington bivouacked his troops to the flashy, commercial center that it is today. With historical information, musical performances and personal narratives, the film traces the rise, subsequent dilapidation, and eventual resurgence of a street that has come to represent a place where, notoriously, anything may and has happened.

Which streaming providers can you watch 42nd Street: River to River on

The cast of 42nd Street: River to River