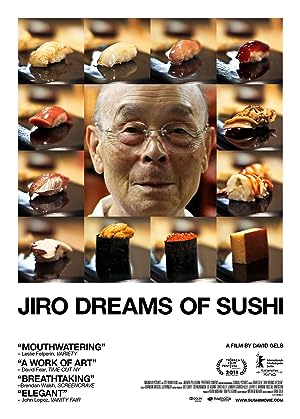 How to Watch Jiro Dreams of Sushi 2011 Online in Australia

What is Jiro Dreams of Sushi about?

In the basement of a Tokyo office building, 85 year old sushi master Jiro Ono works tirelessly in his world renowned restaurant, Sukiyabashi Jiro. As his son Yoshikazu faces the pressures of stepping into his father's shoes and taking over the legendary restaurant, Jiro relentlessly pursues his lifelong quest to create the perfect piece of sushi.

Where to watch Jiro Dreams of Sushi

Which streaming providers can you watch Jiro Dreams of Sushi on

The cast of Jiro Dreams of Sushi