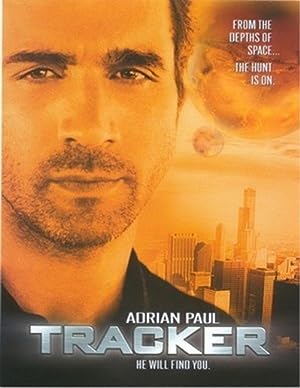 How to Watch Tracker Online in Australia

What is Tracker about?

The underwear clad gentleman Mel Porter meets on the road that fateful afternoon, is not really a man. He's both more and very different. Cirron, his home world, revolves around a sun light years away and his true form is more a figure of light then flesh and blood. Why and how he came here is a mystery, one that will have Mel digging through old family records and learning why her grandmother's bar is called "The Watchfire". Tracker is a job description and a calling for Daggon. In the worlds of the Migar Alliance, those who outlaw themselves are clever, strong and have abilities far beyond those of the usual Terran criminals. Unfortunately for us, when 218 aliens are sent through an experimental wormhole by a scientist with a scheme of his own, Daggon has his work cut out for him. He'll be up against the essence of the worst wearing the bodies of humans who had nothing to do with Zin's ultimate plan. Mel Porter is a restless woman who is trying to find answers to her own questions. The generations old bar in the heart of Chicago's Criminal Courts district is a legacy, but is there more to it than that? Who is this man with the gift of turning discarded bits and pieces into electronic equipment the FBI and CIA combined don't have? Perhaps even more important to Mel, why is she so drawn to him?

Where to watch Tracker

Which streaming providers can you watch Tracker on

Here is the comprehensive list of streaming providers that will show Tracker in Australia. If Tracker will appear with other providers further down the line, this table will be updated.

The cast of Tracker

Tracker is a great Action movie, we’ve selected several other movie options that we think you would like to stream if you have watched Tracker

Tracker is a great action show, we’ve selected several other show options that we think you would like to stream if you have watched Tracker