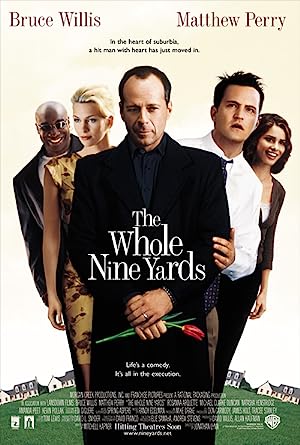 How to Watch The Whole Nine Yards 2000 Online in Australia

The cast of The Whole Nine Yards

What is The Whole Nine Yards about?

Montreal, Canada. A down-on-his luck dentist, "Oz" Oseransky (Matthew Perry), discovers that his new neighbor is Jimmy "The Tulip" Tudeski (Bruce Willis), former mob contract killer turned police informant upon whom the Hungarian mob has put on price on. Egged on my his loathsome wife Sophie (Rosanna Arquette), Oz sets off to Chicago to let the mob know where The Tulip is, and hopefully claim part of the reward.

Where to watch The Whole Nine Yards