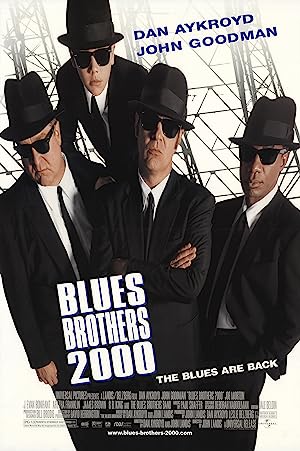 How to Watch Blues Brothers 2000 1998 Online in Australia

The cast of Blues Brothers 2000

What is Blues Brothers 2000 about?

Elwood, the now lone "Blues Brother" finally released from prison, is once again enlisted by Sister Mary Stigmata in her latest crusade to raise funds for a children's hospital. Once again hitting the road to re-unite the band and win the big prize at the New Orleans Battle of the Bands, Elwood is pursued cross-country by the cops, led by Cabel the Curtis' son (and Elwood's step-brother), the Russian Mafia, and a militia group. On his new "mission from God" Elwood enlists the help of a young orphan, and a strip club bartender.

Where to watch Blues Brothers 2000