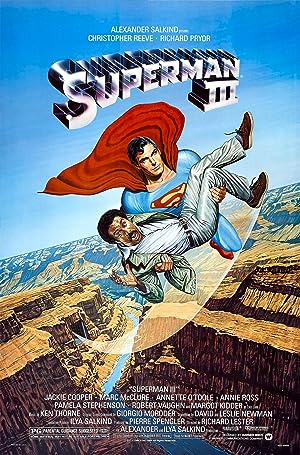 How to Watch Superman III 1983 Online in Australia

The cast of Superman III

What is Superman III about?

Wealthy businessman Ross Webster (Robert Vaughn)discovers the hidden talents of Gus Gorman (Richard Pryor), a mischievous computer genius. Ross decides to abuse his talents, in a way to help Webster with his plans for economic control. When the man of steel interferes, something must be done about Supes. When Gus' synthetic Kryptonite fails to kill Superman, it turns him in an evil incarnation of his former self. The tar-laced Kryptonite pits man against himself, setting up the Clark vs. Superman battle.

Where to watch Superman III