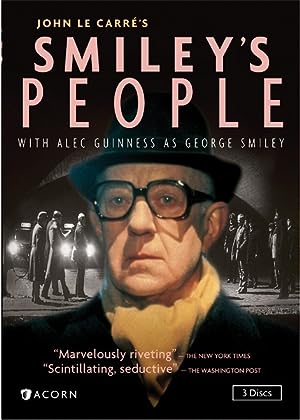 How to Watch Smiley's People Online in Australia

What is Smiley's People about?

Called out of retirement to settle the affairs of a friend, Smiley finds his old organization, the Circus, so overwhelmed by political considerations that it doesn't want to know what happened. He begins to follow up the clues of his friends past days, discovering that the clues lead to a high person in the Russian Secret service, and a secret important enough to kill for. Smiley continues to put together the pieces a step ahead or a step behind the Russian killers.

Where to watch Smiley's People

Which streaming providers can you watch Smiley's People on

The cast of Smiley's People

Smiley's People is a great Drama movie, we’ve selected several other movie options that we think you would like to stream if you have watched Smiley's People

Smiley's People is a great drama show, we’ve selected several other show options that we think you would like to stream if you have watched Smiley's People