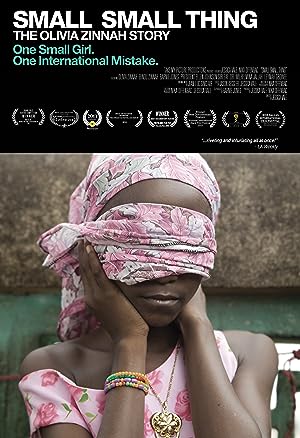 How to Watch Small Small Thing 2013 Online in Australia

What is Small Small Thing about?

Small Small Thing begins at JFK Hospital in Monrovia, the capital of Liberia, and urban center of this West African country. Olivia Zinnah is 9 years old, severely malnourished and handicapped. Her condition is life threatening. Believing her injuries to be the result of witchcraft, Olivia's mother had been hiding her for years. The doctors conclude her condition is the result of a brutal rape that took place when Olivia was 7 years old. When pressured to reveal her rapist, Olivia names her cousin. This diagnosis has severe consequences. Originally from deep in the Liberian jungle, Olivia and her mother are shunned from their tribe for seeking outside help. They are left stranded in Monrovia at the mercy of President Sirleaf's government and the UN, facing the most difficult decision of all. What price are they willing to pay for justice?

Where to watch Small Small Thing

Which streaming providers can you watch Small Small Thing on

The cast of Small Small Thing