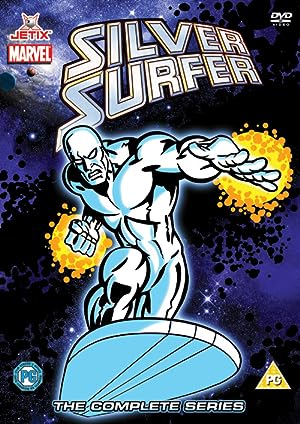 How to Watch Silver Surfer Online in Australia

The cast of Silver Surfer

What is Silver Surfer about?

When the planet Zenn-La is threatened by the cosmic giant Galactus, a being that must drain whole planets of their lifeforce for sustenance, Norrin Radd must act. He makes a bargain to be the scout for the being, to search for uninhabited planets, in return for for Zenn-La's survival. Galactus agrees to this and changes the man into the powerful Silver Surfer, but he also submerges his humanity to remove his qualms about selecting populated planets for consumption. That suppression is only broken by an attack by the insane space villain, Thanos. With the knowledge of Galactus' treachery, he moves to stop the being just as he was going to consume Earth. With difficulty, the Surfer manages to stop him and breaks all ties to Galactus. In retaliation, Galactus whisks Zenn-La to an unknown location and now the former Herald must search for his lost home. However, there are few clues and while he still has all his might of the Power Cosmic, there are many races who want their revenge for the destruction he brought to their homes as the servant of Galactus.

Where to watch Silver Surfer