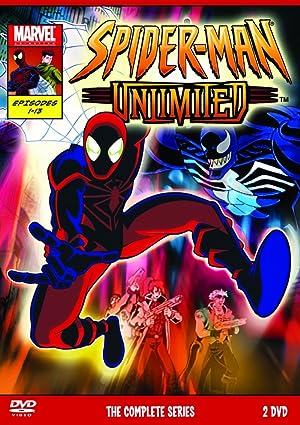 How to Watch Spider-Man Unlimited Online in Australia

What is Spider-Man Unlimited about?

Covering a shuttle launch to the planet known as Counter-Earth, Peter Parker discovers the symbiote villians, Venom and Carnage, boarding the craft as it launches. When he is unable to stop them as Spider-Man and contact is lost with the shuttle, he is blamed for the disaster and hunted until he is believed to have been killed in a fire. Peter does survive and is content to lie low until he learns that the crew is alive, but trapped on Counter-Earth. Gaining a new costume and weapons from Reed Richards of the Fantastic Four, he boards a second shuttle to rescue the crew and travels to the planet. Shot down, he finds must get involved in a fight against the tyranny of the planet's ruler, The High Evolutionary and distorted copies of his old enemies on this new world.

Where to watch Spider-Man Unlimited

Which streaming providers can you watch Spider-Man Unlimited on

The cast of Spider-Man Unlimited