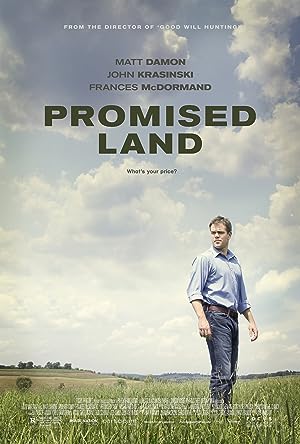 How to Watch Promised Land 2012 Online in Australia

The cast of Promised Land

What is Promised Land about?

Corporate salesman Steve Butler (Matt Damon) arrives in a rural town with his sales partner, Sue Thomason (McDormand). With the town having been hit hard by the economic decline of recent years, the two outsiders see the local citizens as likely to accept their company's offer, for drilling rights to their properties, as much-needed relief. What seems like an easy job for the duo becomes complicated by the objection of a respected schoolteacher (Holbrook) with support from a grassroots campaign led by another man (Krasinski) who counters Steve both personally and professionally.

Where to watch Promised Land