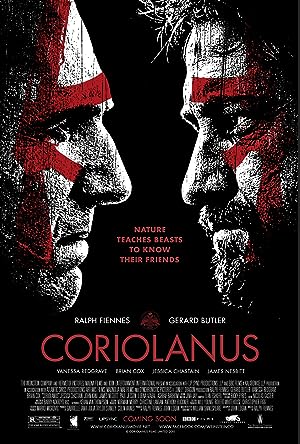 How to Watch Coriolanus 2011 Online in Australia

What is Coriolanus about?

The citizens of Rome are hungry. Coriolanus, the hero of Rome, a great soldier and a man of inflexible self-belief despises the people. His extreme views ignite a mass riot. Rome is bloody. Manipulated and out-maneuvered by politicians and even his own mother Volumnia, Coriolanus is banished from Rome. He offers his life or his services to his sworn enemy Tullus Aufidius.

Where to watch Coriolanus

Which streaming providers can you watch Coriolanus on

Here is the comprehensive list of streaming providers that will show Coriolanus in Australia. If Coriolanus will appear with other providers further down the line, this table will be updated.

The cast of Coriolanus

Coriolanus is a great Drama movie, we’ve selected several other movie options that we think you would like to stream if you have watched Coriolanus

Coriolanus is a great drama show, we’ve selected several other show options that we think you would like to stream if you have watched Coriolanus