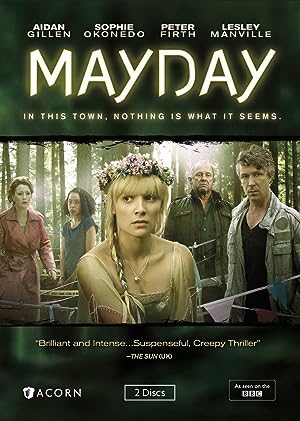 How to Watch Mayday Online in Australia

What is Mayday about?

Twin Peaks, WA comes to Dorking, Surrey as the villagers of a heavily wooded town steeped in mysticism gather for May Day, an annual festival to celebrate ancient pagan rituals. Fourteen year old Hattie Sutton is the Queen of May Day. A wreath of flowers and silky ribbons crowns her blonde hair as Hattie cycles to take catch up with the lead float in the parade. But, she never reaches the festival.

Where to watch Mayday

Which streaming providers can you watch Mayday on

Here is the comprehensive list of streaming providers that will show Mayday in Australia. If Mayday will appear with other providers further down the line, this table will be updated.

The cast of Mayday

Mayday is a great Drama movie, we’ve selected several other movie options that we think you would like to stream if you have watched Mayday

Mayday is a great drama show, we’ve selected several other show options that we think you would like to stream if you have watched Mayday