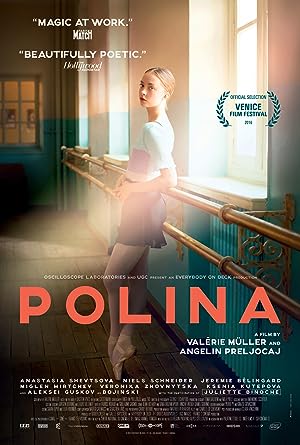 How to Watch Polina, danser sa vie 2016 Online in Australia

What is Polina, danser sa vie about?

SPOILER: A young girl from a modest Russian family studies classical ballet. After many difficulties, she succeeds as a young woman to enter the prestigious Bolchoi. However she turns to modern dance, then improvisation, then choreography. The movie includes beautiful dances from acclaimed choreographer Angelin Preljocaj.

Which streaming providers can you watch Polina, danser sa vie on