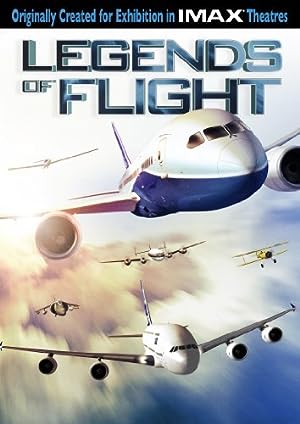 How to Watch Legends of Flight 2010 Online in Australia

What is Legends of Flight about?

LEGENDS OF FLIGHT is a film that will not only delight and entertain the aviation enthusiast but also educate and inspired renewed interest in aviation by the traveling public, the media and young people who may ultimately aspire to a career in aviation. It dramatized the design challenged, the financial risks and the many lessons learned from a century of aviation trial and error, bringing us to the dawn of a new era of revolutionary aircraft, the 787 Dreamliner and the A380. The film will focus on the 787 to facilitate audience understanding of the dynamic design differences between the two latest aircraft technologies. Search aviation history for the ultimate flying experience with some of today's greatest pilots. See how the airplanes of the 20th century helped influence the radical new design of 21st century aircraft. See how high tech manufacturers around the world use modern technology to coordinate the design and construction of new aircraft. Fly in the cockpit with chief test pilot, Mike Carriker, as he takes the new 787 Dreamliner on its first test flight.

Where to watch Legends of Flight

Which streaming providers can you watch Legends of Flight on

The cast of Legends of Flight