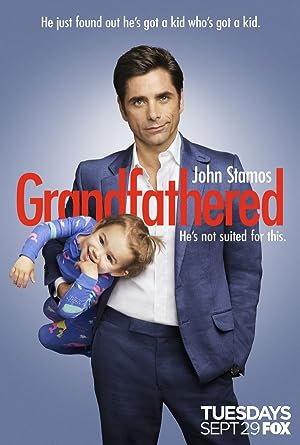 How to Watch Grandfathered Online in Australia

What is Grandfathered about?

What does Jimmy Martino do when his twenty-something year old son, who he never knew he had, shows up toting his beautiful little girl with him? Well, he simply has to accept that he's just been grandfathered. A show about an ultimate bachelor who suddenly discovers that he is not only a father, but a grandfather as well.

Where to watch Grandfathered

Which streaming providers can you watch Grandfathered on

Here is the comprehensive list of streaming providers that will show Grandfathered in Australia. If Grandfathered will appear with other providers further down the line, this table will be updated.

The cast of Grandfathered

Grandfathered is a great Comedy movie, we’ve selected several other movie options that we think you would like to stream if you have watched Grandfathered

Grandfathered is a great comedy show, we’ve selected several other show options that we think you would like to stream if you have watched Grandfathered