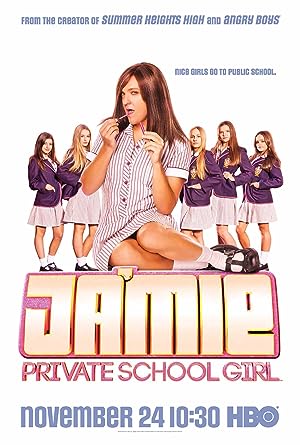 How to Watch Ja'mie: Private School Girl Online in Australia

What is Ja'mie: Private School Girl about?

The continuing story of Ja'mie King, a conniving Year 12 student at Hillford Girls Grammar, a tony private school in Sydney, Australia. Ja'mie, the self-promoting "queen bee" of Summer Heights High, returns from an exchange semester at that public school for her last three months at Hillford, where she's the unchallenged diva among the school's most popular girls, as well as the school captain. After passing her school days cooing with fellow prefects and dissing the "boarders," Ja'mie turns her attention to conquering members of the opposite sex enrolled nearby at Kelton Boys Grammar. She also finds herself in a number of jams that incite the wrath of school officials and her parents. Her callous manipulations begin to wear thin as a few brave girls start to challenge Ja'mie's reign. But she'll stop at nothing to have the last word, emboldened by her hot-girl entourage. Clothes, cars, boys, parties ... Ja'mie has it all, and her overriding goal is to win the Hillford Medal.