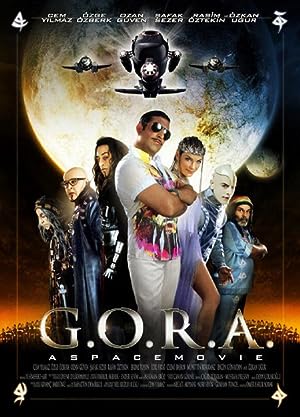 The film recounts the story of aliens kidnapping the carpet-seller Arif to the planet G.O.R.A. while Arif tries to find a way to get back to his planet, he falls in love with Ceku, the princess. Arif saves the planet from the evil commander-in-chief of G.O.R.A. and hence becomes a hero for the people. In this science-fiction comedy film, Cem Yilmaz played four different characters.

Which streaming providers can you watch G.O.R.A. on

Here is the comprehensive list of streaming providers that will show G.O.R.A. in Australia. If G.O.R.A. will appear with other providers further down the line, this table will be updated.

G.O.R.A. is a great Adventure movie, we’ve selected several other movie options that we think you would like to stream if you have watched G.O.R.A.

G.O.R.A. is a great adventure show, we’ve selected several other show options that we think you would like to stream if you have watched G.O.R.A.