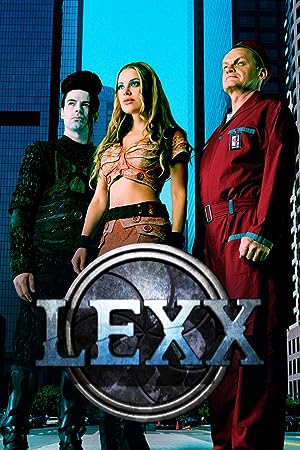 How to Watch Lexx Online in Australia

The cast of Lexx

What is Lexx about?

The tyrants who rule the Light Universe pass their essence onto their successor upon their demise, while their still-conscious brains are kept in a vault; their chief resource is Lexx, the most-powerful mobile weapon in the universe, which can only be commanded only by the keeper of the hand-key. The previous incumbent wiped out the Brunen-G race, except for Kai, whom he kept in a state of amnesiac suspended animation, to be revived by proto-blood for short periods and used as an assassin. Into this background comes anti-hero Stanley Tweedle, an ignored non-entity clerk, who misses an appointment and is branded a criminal. In the dungeons, overweight Zev has been convicted of not fulfilling wifely duties, and is being transformed into a gorgeous, svelt love-slave. Meanwhile, captured terrorist Thodin, due for public execution, escapes with his gang's help, and causes chaos, setting into motion Tweedle's accidental theft of Lexx and new ownership of the hand-key, Zev's escape with her new body and the characteristics of a giant reptilian attack worm but before mind-wipe (which goes instead to a robot head), and Kai's release to combat the terrorists before his memory returns! Tweedle, Zev, the lovesick robot head, Kai, and the stolen tyrants' brains head off in Lexx to vaporise tyrant planets and find a place for themselves in the Dark Universe, while searching for a supply of proto-blood before Kai expires...

Where to watch Lexx