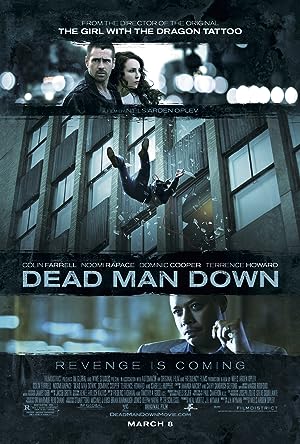 How to Watch Dead Man Down 2013 Online in Australia

The cast of Dead Man Down

What is Dead Man Down about?

Victor, a rising gangland player, has infiltrated the crime empire run by ruthless kingpin Alphonse, with the single purpose of making Alphonse pay for destroying his once happy life. As he meticulously orchestrates his vengeance from his high-rise home, Victor watches and is watched by Beatrice, a mysterious young woman who lives in the apartment across from his. On the surface a fragile woman-child, Beatrice seethes with a rage of her own. When she uncovers Victor's dark secrets, she threatens to expose him unless he helps her carry out her own campaign of retribution. Each fixated on avenging the past, they devise a violent and cathartic plan that could change their worlds forever. Beatrice is kidnapped by Alphonse towards the end, Its a race against time for Victor to save her.

Where to watch Dead Man Down