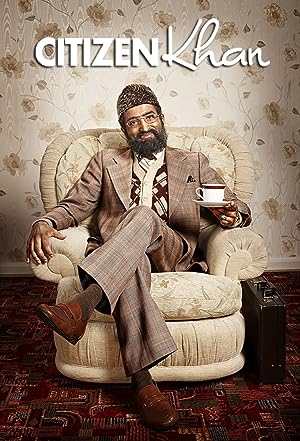 How to Watch Citizen Khan Online in Australia

What is Citizen Khan about?

Sitcom following the trials and tribulations of self-appointed Muslim community leader Mr. Khan and his long suffering family. Khan is a larger-than-life character, a small man with big dreams and strident opinions. Like many of us he's struggling to make ends meet - but he's proud of his thriftiness - witness his 1979 suit and ancient yellow Mercedes. Things would be so much easier if everyone just listened to him and followed his lead, but his obsessively house-proud wife and two feisty daughters have other ideas.

Where to watch Citizen Khan

Which streaming providers can you watch Citizen Khan on

Here is the comprehensive list of streaming providers that will show Citizen Khan in Australia. If Citizen Khan will appear with other providers further down the line, this table will be updated.

The cast of Citizen Khan

Citizen Khan is a great Comedy movie, we’ve selected several other movie options that we think you would like to stream if you have watched Citizen Khan

Citizen Khan is a great comedy show, we’ve selected several other show options that we think you would like to stream if you have watched Citizen Khan