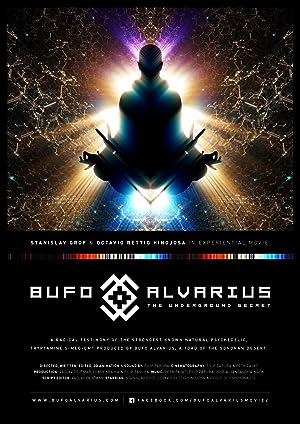 How to Watch Bufo Alvarius: The Underground Secret 2018 Online in Australia

Where to watch Bufo Alvarius: The Underground Secret

What is Bufo Alvarius: The Underground Secret about?

A radical testimony of the strongest known natural psychedelic, tryptamine 5-MeO-DMT produced by Bufo Alvarius, a toad of the Sonoran desert. The breathtaking audio-visual adventure is enhanced by immersive animations inspired by the psychoactive effects of this extraordinary substance. Fascinating stories of a group of Czech psychonauts are combined with personal insights of Stanislav Grof, a nestor of transpersonal psychology, and Octavio Rettig, a modern shaman who has facilitated ceremonial contact with Bufo Alvarius for thousands of volunteers from around the world. For many, the experience has been life-changing. Originally intended to simply document these experiences, the film evolved into an intense meditation on the nature of consciousness and being.

Which streaming providers can you watch Bufo Alvarius: The Underground Secret on

The cast of Bufo Alvarius: The Underground Secret