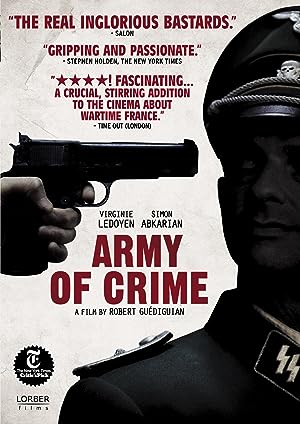 How to Watch Army of Crime 2009 Online in Australia

The cast of Army of Crime

What is Army of Crime about?

The poet Missak Manouchian leads a mixed bag of youngsters and immigrants in a clandestine battle against the Nazi occupation. Twenty-two men and one woman fighting for an ideal and for freedom. News of their daring attacks, including the assassination of an SS general, eventually reaches Berlin.

Where to watch Army of Crime