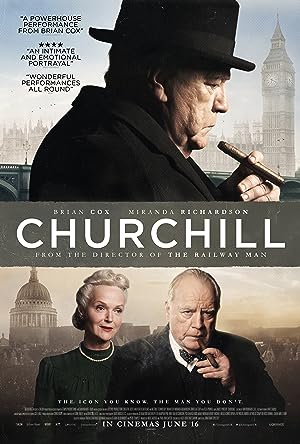 How to Watch Churchill 2017 Online in Australia

What is Churchill about?

June 1944. Allied Forces stand on the brink: a massive army is secretly assembled on the south coast of Britain, poised to re-take Nazi-occupied Europe. One man stands in their way: Winston Churchill. Behind the iconic figure and rousing speeches: a man who has faced political ridicule, military failure and a speech impediment. An impulsive, sometimes bullying personality - fearful, obsessive and hurting. Fearful of repeating, on his disastrous command, the mass slaughter of 1915, when hundreds of thousands of young men were cut down on the beaches of Gallipoli. Obsessed with fulfilling historical greatness: his destiny. Exhausted by years of war and plagued by depression, Churchill is a shadow of the hero who has resisted Hitler's Blitzkrieg. Should the D-Day landings fail, he is terrified he'll be remembered as an architect of carnage. Political opponents sharpen their knives. General Eisenhower and Field Marshal Montgomery are increasingly frustrated by Churchill's attempts to stop the invasion. King George VI must intervene. Only the support of Churchill's brilliant, yet exasperated wife Clementine can halt the Prime Minister's physical and mental collapse. The untold story of Britain's most celebrated leader, uncovering the true nature of Churchill's herculean war-time status and his vital relationship with "Clemmie" - his backbone and total confidant...the love that inspired him to greatness.

Where to watch Churchill

Which streaming providers can you watch Churchill on

Here is the comprehensive list of streaming providers that will show Churchill in Australia. If Churchill will appear with other providers further down the line, this table will be updated.

The cast of Churchill

Churchill is a great Biography movie, we’ve selected several other movie options that we think you would like to stream if you have watched Churchill

Churchill is a great biography show, we’ve selected several other show options that we think you would like to stream if you have watched Churchill