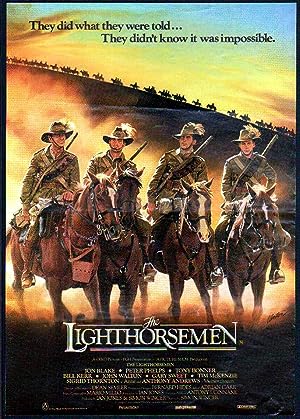 How to Watch The Lighthorsemen 1987 Online in Australia

The cast of The Lighthorsemen

What is The Lighthorsemen about?

Palestine, 1917. The British advance has been stopped by the Turkish line running from Gaza to Beersheba. The latest attack on Gaza has failed. The attacking forces included a regiment of Australian mounted infantry, the Light Horse... Lighthorseman Frank is wounded in a skirmish with Bedouin. He is replaced by a young soldier, Dave, who proves to be a crack shot, but reluctant to fire at the enemy. Dave proves himself during a German biplane attack. Recuperating in hospital, he meets a sympathetic nurse, Anne... The regiment is called upon for a bold flanking attack on Beersheba. But how do you convince the Turks the main attack will come at Gaza? And how do you attack across a desert without water?

Where to watch The Lighthorsemen