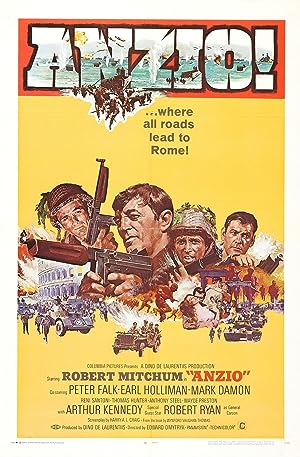 How to Watch Anzio 1968 Online in Australia

What is Anzio about?

Allied forces land at Anzio unopposed but instead of moving straight inland their commanding officer decides to dig in. A battle-hardened war correspondent borrows a jeep and drives to Rome and back without meeting any German forces, but his report on this absence of the enemy is discounted. By the time it is finally decided to make a move the Germans have arrived in strength and a prolonged and bloody fight ensues.

Where to watch Anzio

Which streaming providers can you watch Anzio on

Here is the comprehensive list of streaming providers that will show Anzio in Australia. If Anzio will appear with other providers further down the line, this table will be updated.

The cast of Anzio

Anzio is a great Drama movie, we’ve selected several other movie options that we think you would like to stream if you have watched Anzio

Anzio is a great drama show, we’ve selected several other show options that we think you would like to stream if you have watched Anzio