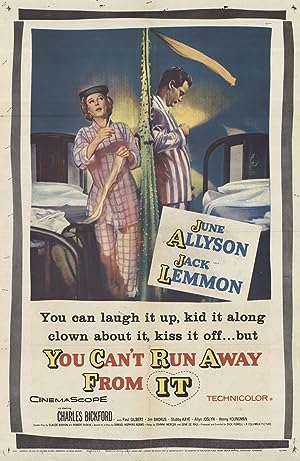 The cast of You Can't Run Away from It

What is You Can't Run Away from It about?

Ellen (June Allyson) is kidnapped by father (Charles Bickford) after she ran off and got married to someone he thinks is a gold digger. She escapes and starts an adventurous trip back to Houston to be with her husband. Her Father hires a private investigator to stop her. On the bus to Houston, a newspaper man (Jack Lemmon) figures out who she is. Instead of cashing in on the big story and the reward money he falls in love with her.

Where to watch You Can't Run Away from It

More Comedy movies like You Can't Run Away from It

More Comedy tv shows like You Can't Run Away from It