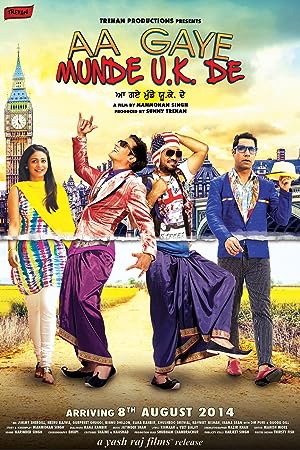 What is Aa Gaye Munde U.K. De about?

A romantic comedy set in the lush fields of Punjab and the beautiful city of Chandigarh - Aa Gaye Munde U.K. De is a sequel to the earlier blockbuster Munde U.K. De also Directed by the Doyen of Punjabi cinema - Manmohan Singh.

Which streaming providers can you watch Aa Gaye Munde U.K. De on