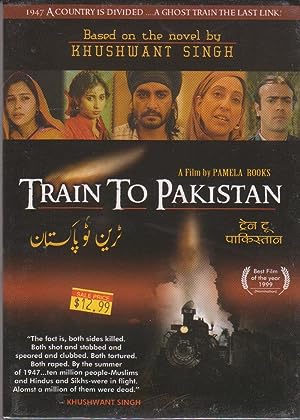 How to Watch Train to Pakistan 1998 Online in Australia

The cast of Train to Pakistan

What is Train to Pakistan about?

Seen from the eyes of Hukum Chand the District Magistrate it is an account of the turmoil faced by the inhabitants of village Mano Majra in Punjab on the Indo- Pak border during the period of partition after India attained independence. Sikhs and Muslims live in harmony in the village till a train full of dead people arrives from Pakistan. Some refugees also troop in from the border. Government plans to evacuate Muslims from the village to Pakistan to ensure their safety against the wishes of even the Sikh villagers. Some hotheaded Sikhs from outside the village hatch a plan to kill the Muslims on the train before it it sent to Pakistan. The Muslim lover of the village baddie Juggut Singh is supposed to be on the train. He single handedly foils the plan to butcher the train passengers sacrificing his own life in the process.

Where to watch Train to Pakistan