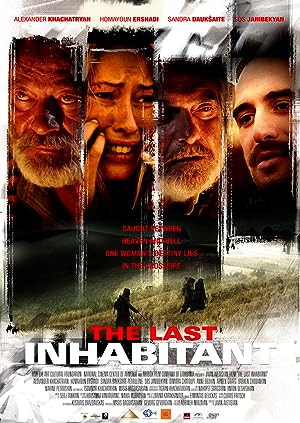 How to Watch The Last Inhabitant 2016 Online in Australia

The cast of The Last Inhabitant

What is The Last Inhabitant about?

In an Armenian village, evicted in the result of the Armenian-Azeri conflict, Abgar stays behind all alone in a gradually shrinking enemy ring. He is waiting for his daughter, who became a witness to her husband's murder by an angry mob and was hospitalized with a mental disorder. An Azeri named Ibrahim, offers Abgar to work on the construction of a mosque and promises to find and bring Abgar's daughter instead... A few days later, Ibrahim finds the girl, named Yurga, in one of the psychiatric hospitals of Baku and brings her to Abgar. Abgar wants to leave the village with his daughter, but his skills of a stonemason are still needed for construction of a new mosque. Abgar realizes that this work in the Azerbaijani village will be endless and realizes that he's been trapped.

Where to watch The Last Inhabitant