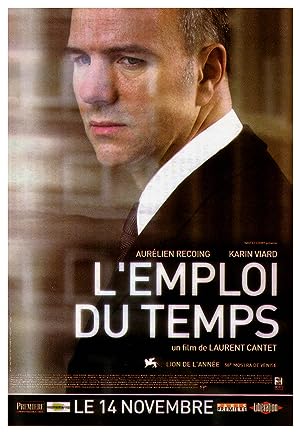 How to Watch Time Out 2001 Online in Australia

What is Time Out about?

Recently fired from his job, but unable to confess the truth to his close-knit family, Vincent spends his days driving around the countryside, talking into his cell phone and staring into space. Vincent fabricates a new job for himself so his family and friends will not know that he is out of work. At one point, he even sneaks into an office building. As Vincent roams the building's sterile halls, peeking into meeting rooms where men are busy at work, we see a man who yearns not just for a new job, but also for a place in the world. While this pantomime of work initially registers as sad and even a little pathetic, it slowly and unnervingly becomes terrifying.

Where to watch Time Out

Which streaming providers can you watch Time Out on

Here is the comprehensive list of streaming providers that will show Time Out in Australia. If Time Out will appear with other providers further down the line, this table will be updated.

The cast of Time Out

Time Out is a great Drama movie, we’ve selected several other movie options that we think you would like to stream if you have watched Time Out

Time Out is a great drama show, we’ve selected several other show options that we think you would like to stream if you have watched Time Out