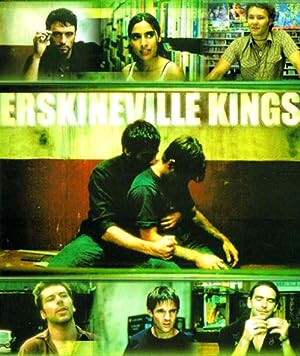 How to Watch Erskineville Kings 1999 Online in Australia

The cast of Erskineville Kings

What is Erskineville Kings about?

Barky, a lost soul of 25, returns from the Australian cane fields to his hometown, inner-city Erskineville. Barky left two years ago to escape his drunken and abusive father, leaving behind everything in the world that was important to him. His brother Wace. His girlfriend Lanny. His life. Now that his father's dead, he thinks it's safe to come home, but Barky soon discovers that if staying home was hard, coming home is harder. Wace is bitter. Barky ran away just like their mother. Wace toughed it out. Alone he stood by his dying father. After two years and no explanation, can Lanny take Barky back? With everything on the line will Barky choose again to leave it all behind? In the King's Hotel the two brothers try to make sense out of life after their father's death. Beer, anger and pain prove to be a dangerous mix.

Where to watch Erskineville Kings