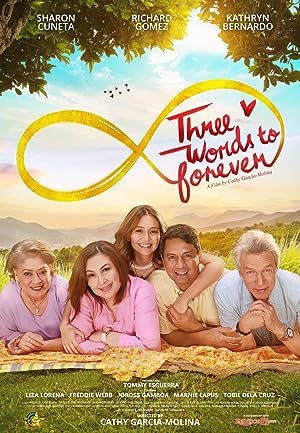 How to Watch Three Words to Forever 2018 Online in Australia

What is Three Words to Forever about?

After 25 years of marriage, Rick and Cristy Andrada (Richard Gomez and Sharon Cuneta) have become strangers to each other. After a bitter fight, they finally decide to end their marriage. ...

Where to watch Three Words to Forever

Which streaming providers can you watch Three Words to Forever on

The cast of Three Words to Forever