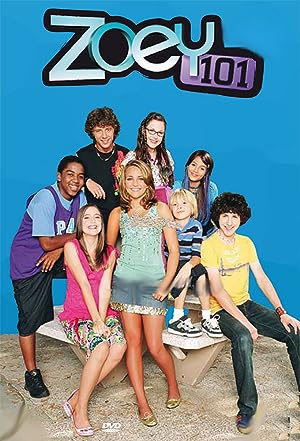 How to Watch Zoey 101 Online in Australia

Pacific Coast Academy, an all boys boarding school is accepting female students for the first time since the school was established. Zoey's little brother Dustin is currently a student there. Zoey decides to be one of the first girls to become a student at PCA. This is very exciting, but also very scary. Fitting in at a new school is hard enough, but going away to boarding school and living on your own when you're only thirteen can get a little crazy, especially when the girls are heavily outnumbered by the boys...

Which streaming providers can you watch Zoey 101 on

Here is the comprehensive list of streaming providers that will show Zoey 101 in Australia. If Zoey 101 will appear with other providers further down the line, this table will be updated.

Zoey 101 is a great Comedy movie, we’ve selected several other movie options that we think you would like to stream if you have watched Zoey 101

Zoey 101 is a great comedy show, we’ve selected several other show options that we think you would like to stream if you have watched Zoey 101