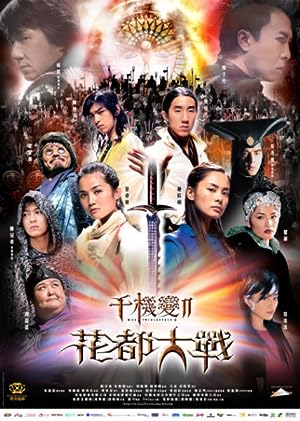 How to Watch The Twins Effect II 2004 Online in Australia

The cast of The Twins Effect II

What is The Twins Effect II about?

A cruel empress, a place where men are subservient to women. The empress' reign is disturbed by a prophecy saying a boy will rise to become king, and restore the male regime. Char, a humble boy, is born to be emperor. He and his adopted brother, Leaf, perform in a traveling show run by their adopted father, Blackwood. Thanks to their friend, Lao, the pair receive a stone with a map engraved on it. They set out on a quest for the treasure that the map is supposed to reveal. Two lovely yet lethal female warriors, Blue and Spring, join the boys on their journey. The youngsters encounter various challenges before they meet General Lone, a master swordsman who seeks to overthrow the empire. To do so he must first duel the Lord Of Armour.

Where to watch The Twins Effect II