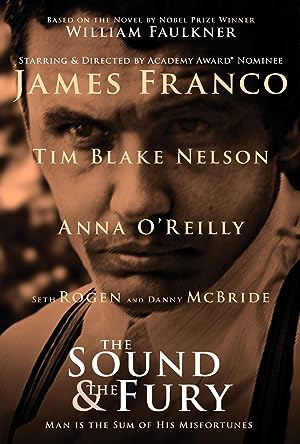 The cast of The Sound and the Fury

What is The Sound and the Fury about?

Directed by and starring Academy Award nominee James Franco, The Sound and The Fury captures the lives and passions of the Compsons, a once proud Southern family caught in a tragic spiral of loss and misfortune. Based on the novel by Nobel Prize winner author William Faulkner and considered among the 20th century's greatest works, The Sound and The Fury encapsulates the universal theme of the death of honor, social injustice and forbidden love.

Where to watch The Sound and the Fury

More Drama movies like The Sound and the Fury

More Drama tv shows like The Sound and the Fury