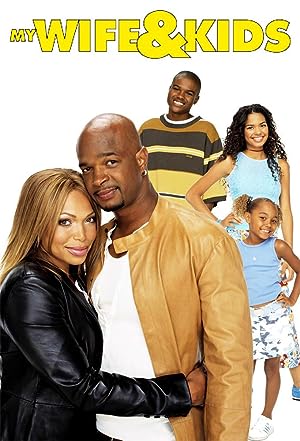 How to Watch My Wife and Kids Online in Australia

What is My Wife and Kids about?

Damon Wayans plays Michael Kyle, a man on a tragically funny quest for a "traditional" family. He's a not-so-modern man living in a very modern world. Can you relate? His stay-at-home bride (Tisha Campbell-Martin) became a stock market trailblazer. His only son idolizes gangster rap stars instead of him. His moody, adolescent daughter's two favorite hobbies are asking him for money and giving him grief. And his youngest daughter rarely lets her daddy have the last word. Perhaps after all of the chaos is over, he will realize that his dream of having a normal American family came true a long time ago.

Where to watch My Wife and Kids

Which streaming providers can you watch My Wife and Kids on

The cast of My Wife and Kids

My Wife and Kids Trailer

My Wife and Kids is a great Comedy movie, we’ve selected several other movie options that we think you would like to stream if you have watched My Wife and Kids

More comedy tv shows like My Wife and Kids

My Wife and Kids is a great comedy show, we’ve selected several other show options that we think you would like to stream if you have watched My Wife and Kids

Watch My Wife and Kids