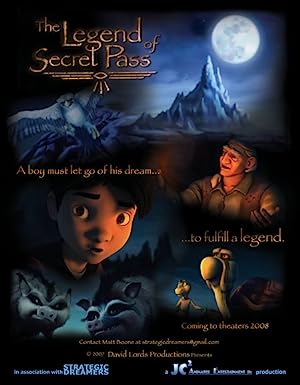 The cast of The Legend of Secret Pass

What is The Legend of Secret Pass about?

The 'Legend of Secret Pass' takes place in the mountains of the South West and involves Thunderbirds of Indian mythology and an animal refuge of mystical proportions. An unlikely troop of animals and humans are caught up in a clash of ageless magic. In this moment of crisis, the barest chance to avoid cataclysm falls into the hands of an Indian boy, Manu.

Where to watch The Legend of Secret Pass

More Animation movies like The Legend of Secret Pass

More Animation tv shows like The Legend of Secret Pass