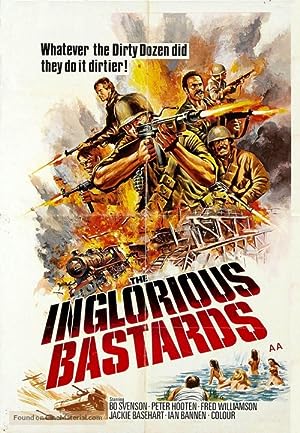 How to Watch The Inglorious Bastards 1978 Online in Australia

The cast of The Inglorious Bastards

What is The Inglorious Bastards about?

In 1944, in France, the rogue American soldiers Lieutenant Robert Yeager, Private Fred Canfield, the murderer Tony, the thief Nick and the coward Berle are transported to a military prison. However, the convoy is attacked by the Germans and they survive and flee with the intention of cross the border of Switzerland. Along their journey, they fight against a German platoon and capture the German prisoner Adolf Sachs that offers to guide them to the Swiss border. When they meet a German troop, they kill them but sooner they discover that they actually were and American commando in a mission headed by Colonel Buckner to steal a German V2 warhead. Lt. Yeager, Fred, Tony and Nick offer to risk their lives to accomplish the mission.

Where to watch The Inglorious Bastards