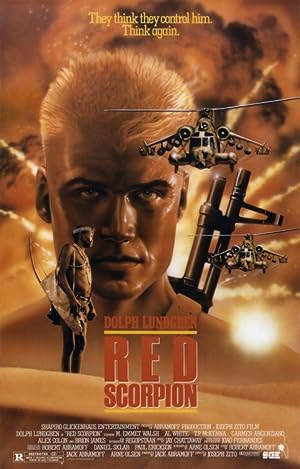 How to Watch Red Scorpion 1988 Online in Australia

The cast of Red Scorpion

What is Red Scorpion about?

Hesitating in the moment he is about to kill the rebel leader, Nikolai fails and is captured. Rather than being killed outright, he is forced to undergo a shamanic initiation ritual. The ingestion of the poison of a local scorpion, and his initiation ceremony, including scarification (a scorpion), give him a new identity and role in the world -- the Red Scorpion.

Where to watch Red Scorpion