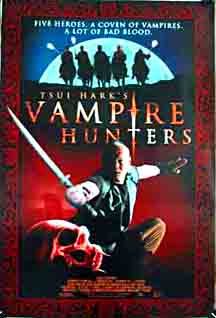 How to Watch The Era of Vampires 2003 Online in Australia

The cast of The Era of Vampires

What is The Era of Vampires about?

Martial arts/horror movie from critically-acclaimed Hong Kong filmmaker Tsui Hark. In 19th century China, an evil monk awakens a nest of vampires hell-bent on devouring human life. Now, a quartet of heroes trained in the Taoist Mao Shan school of magic and their master must use their unique powers to destroy the Vampire King and its lethal coven before it is too late.

Where to watch The Era of Vampires

More Action tv shows like The Era of Vampires